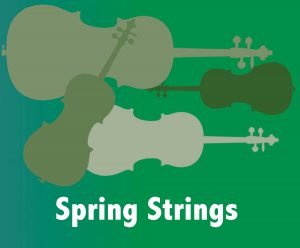 Bill Apollo Brown - Cellos in the Woods: A Serenade to Joy (premiere)

Maestro Sinclair leads the full strings of O.N.E. in the premiere of two excellent new works by our friends Neely Bruce and Bill Apollo Brown. The anchor work on the concert is Dvořák's radiant Serenade in E, one of the glories of 19th-century music.

Audience members must show proof of vaccination and wear masks while inside the venue.

Bill Apollo Brown is an American composer, pianist, and teacher, who has studied composition, theory, history, classical and jazz piano, and trombone.|

Bill has composed music for orchestras, jazz orchestra, chamber music, jazz ensembles, chorus, and dance. The Pittsburgh Symphony under the direction of Clifford Taylor performed his first symphonic composition, at Temple University, in the summer of 1973. He has had numerous commissions by dancers and choreographers. Bill served as musician with The Ailey School as a pianistic accompanist, where he was a faculty member from 1999 to 2014.

Bill has formed and played in various jazz piano trios, quartets, and ensembles. Compositions such as the fast samba Orange et Chocolat, the childlike waltz of Kelly's Wish, the Joni Mitchell tribute Amsterdam, and the ethereal The Light from the Angel, attracted listeners to the Bill Brown sound. The effervescent samba/swing of April in New York quickly became a signature work and a favorite among listeners.

In 1993, he was commissioned to write an orchestral piece for Orchestra New England for their season finale. The commissioned symphony Among the Trees, was premiered in May 1994 in New Haven, conducted by music director Jim Sinclair.

Bill was invited to join composer Deborah Fischer Teason in a collaborative effort under a grant from Meet the Composers, to teach music and lyrics to inner city kids of the  Bridgeport Schools. Brown and Teason orchestrated the songs written by the students for chorus, jazz band, Orff ensemble and full symphony orchestra. The highly-publicized and enthusiastically-received world premiere of Comin' from the Block featured over 150 student-performers from 6 different schools accompanied by a full-staffed Bridgeport Symphony Orchestra under the direction of Maestro Gustav Meier at the Klein Memorial Hall, in March of 1999.

Other commissions followed, among them the string quartet Roses, which was commissioned in 2001 by the National Music Teachers’ Association of Connecticut, and performed at the school of music at Yale University, in November of that year.

Bill was accepted into the BMI Jazz Composers Workshop in New York. From the fall of 2000 to the summer of 2006, he completed several new works for jazz orchestra. Among them is the symphonic jazz piece Passacaglia, which was performed at Merkin Hall by the BMI New York Jazz Orchestra during their annual concert in July of 2004. From 2004 to 2007, three of Bill’s chamber works, The Conjure Woman Speaks, The Calling: The Light, and Liana’s Gypsy Dances, have had their premiere through PULSE concerts, a federation of award-winning composers.

Mr. Brown received a MA in music composition from CUNY City College, where he studied composition with distinguished professor David Del Tredici. He also earned an Advanced Certificate Graduate Degree in Music Education at CUNY Brooklyn College. In August of 2019, Mr. Brown was invited to teach as an Adjunct/Lecturer at The Aaron Copland School of Music, at CUNY Queens College, where he teaches courses in the Music Education Department.

Mr. Brown has taught music at the performing high school, Educational Center for the Arts, in Connecticut, and at various schools in New York City. In the spring of 2021, Mr. Brown was offered a teaching position at Fiorello H. LaGuardia High School of Music & Art and Performing Arts.

Presently Mr. Brown is working on a new commercial recording project featuring his composition, Dans les jardins des pierres sacrées, In the Gardens of Sacred Stones, which was performed by the Janáček Philharmonic Orchestra, in the vibrant city of Ostrava, East of the Czech Republic. 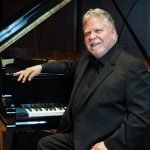 Neely Bruce is the John Spencer Camp Professor of Music at Wesleyan University. His degrees are from the University of Alabama and the University of Illinois; his principal composition teachers were Ben Johnston and Frederick Goossen. He is a composer, performer and scholar of American music. He has composed over 900 pieces of music, including three full-length operas; oratorios and other large choral works; 280 solo songs; seven documentary scores for public television; and fourteen hours of piano music. Major works include CONVERGENCE, a series of composed parades that took place on and around the New Haven Green in 2000; The Portals of St Bartholomew, a spatial work for St Bartholomew’s Church in NYC; and the dramatic oratorio Circular 14: The Apotheosis of Aristides, about the heroic achievement of the Portuguese diplomat Aristides de Sousa Mendes. His setting of the Bill of Rights for chorus and chamber orchestra, in the style of William Billings, has been performed 35 times.

His opera Americana, or, A New Tale of the Genii, was premiered in 1985 by the American Music/Theatre Group and Orchestra New England, under the baton of James Sinclair. Mr. Bruce’s Rhapsody for French Horn and Orchestra was also premiered by O.N.E., with horn soloist Robert Hoyle. The Trials of Odysseus, for string orchestra, is the third of Bruce’s compositions to be premiered by O.N.E. His other orchestral works include Orion Rising: Album for Orchestra; Introduction and Grand March: An orchestral homage to the late W. A. Mozart of Salzburg and the late C. E. Ives of Danbury; five other concerti; and four pieces for the Ricciotti Ensemble, a Dutch youth orchestra that plays in the street. In the summer of 2018 the Hop River Chamber Players commissioned and premiered Mr. Bruce’s Fall in New England, a ballet for thirteen instruments that is a companion piece to Copland’s Appalachian Spring. Mr. Bruce has been very busy writing music during the pandemic, including five hours of chamber music (mostly for string quartet) and a setting of the Reconstruction Amendments for chorus and string orchestra.

Concerning the Trials of Odysseus premier to be performed on April 23rd, the composer writes: “My original title for this piece was Ode for String Orchestra. My granddaughters Natalie and Kyra Brown both play string instruments. I told them about the premiere of my new piece, in hopes they and their parents would be able to come. The entire Brown family, especially the girls, thought the title was beyond lame. They demanded to hear the work. A family Zoom was arranged, and I played back the computer file. Everyone thought it sounded nautical. Various titles were proposed, some boring, some whimsical, some downright ridiculous. But my granddaughters, who are great fans of Greek mythology, honed in on The Odyssey. The Trials of Odysseus was Natalie’s title, and by acclamation we all agreed it was the best one."

“This piece can be heard as a large, modified sonata form. However, imagining a tempestuous voyage, filled with adventures, monsters, witchcraft, etc., is a lot more fun. The listener will note the hero’s violent, joyous homecoming is not depicted.”