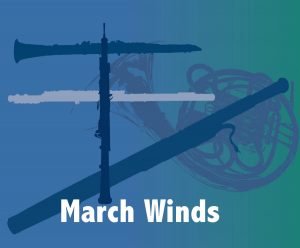 O.N.E. and Ives expert Maestro Sinclair perform a fascinating bouquet of Ives movements from his Sets for Chamber Orchestra before recording them for Naxos Records.

And O.N.E. is thrilled to feature the fine, Schumann-like music of one of the greatest female composers of the 19th century, Louise Farrenc (a professor at the Paris Conservatoire).

Audience members must show proof of vaccination and wear masks while inside the venue. 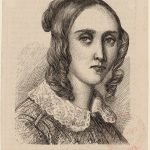 Louise Farrenc, composer
This remarkable 19th-century composer was born Jeanne-Louise Dumont in Paris. Louise Farrenc (1804–1875) enjoyed a considerable reputation during her own lifetime, as composer, performer, and teacher, but only recently has her work been rediscovered.

In her youth she studied with the likes of Ignaz Moscheles, Johann Nepomuk Hummel, and Anton Reicha. In 1821 she married Aristide Farrenc, a flute student ten years her senior, with whom she gave concerts throughout France. Together they opened a publishing house in Paris, which, as Éditions Farrenc, became one of France's leading music publishers for nearly forty years.

In the 1830s Louise Farrenc gained considerable fame as a performer, and her reputation was such that in 1842 she was appointed to the permanent position of Professor of Piano at the Paris Conservatory, a position she held for thirty years and one which was among the most prestigious in Europe. Alas, Farrenc was paid less than her male counterparts for nearly a decade. Only after the triumphant premiere of her Nonet, at which the famous violinist Joseph Joachim took part, did she demand and receive equal pay.

Farrenc died in Paris at the age of 71. For several decades after her death, her reputation as a performer survived and her Nonet achieved some popularity, as did her piano quintets and trios. But her works were largely forgotten until, in the late 20th century, an interest in women composers has led to rediscovery—performances and recordings—of many of her works.

Louise Farrenc wrote exclusively for the piano from 1820 to 1830. In addition to a large output of chamber music and the solo piano works, commencing in 1834 she produced three symphonies, two overtures, and two set of orchestral grand variations. Her work includes 49 compositions with opus numbers.